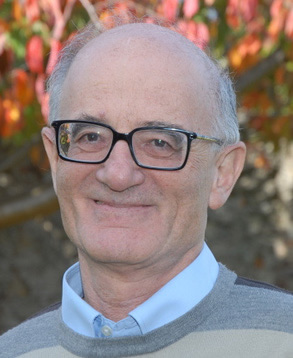 It is our hope that these simple spiritual reflections will offer some food for thought. Penned by Paul Pace SJ, a Jesuit priest from the island of Malta and currently residing in Dublin, Ireland, these reflections will be brief, light and, we hope, in some way enlightening.

Paul Pace SJ is a tertian instructor in Dublin. He was born in Malta in 1953 and joined the Jesuits in 1977.  He spent his formation years in Italy, Tanzania and Spain, from where he obtained a doctorate in moral theology from Comillas University in Madrid. After his return to Malta he was always involved in the University of Malta, first as Chaplain and then as lecturer in moral theology. Between 2005 and 2008 he was also director of the Jesuit Refugee Service in Malta. He was Provincial of Malta twice, first between 1996 and 2002, and then between 2008 and 2014. He was also a member of the 35th General Congregation of the Jesuits held in Rome in 2008. Since September 2015 he is one of the two instructors at the Jesuit European Tertianship in Dublin, where Jesuits follow their final stage of formation.

Themes in this site will vary and comments are welcome. You may use the comment facility or send an email to Fr Paul via jesuitreflections@jesuit.org.mt

"May it please the supreme and divine Goodness to give us all abundant grace ever to know his most holy will and perfectly to fulfil it.” - St Ignatius Loyola